What is the dark web?  There’s a technical definition, and then there’s a definition that’s more to the point. Technically, the “Dark Web” is simply content on the Internet that requires specific credentials or software or configurations to access.  Resources on the Dark Web do their best *not* to show up on search engines. Why?  That takes us to the next definition.  The Dark Web is where people go to do things they don’t want tracked or compromised.  By anybody.

Keep in mind that Dark Web is not a term with a purely technical definition.  But hopefully you get the idea.

The Dark Web recently made news when the neo-Nazi website “the Daily Stormer” moved over to the Dark Web to avoid groups like Anonymous, Facebook and Reddit banned hate groups and GoDaddy told them to go away.

For purposes of this conversation, though, we’re going to talk about the Dark Web and bad hackers.  It's where the bad guys go to do bad things. It goes something like this: A bad guy hacker breaks into the network of a store or online retailer you frequent. Let's use Verizon as an example. (Verizon found that information on as many as 14 million Verizon customers were exposed for about 6 months earlier this year).  Bad guy hacker breaks into Verizon and copies all the customer information he can. The bad guy hacker is a bad dude, and he wants to make some money from his efforts, so he’s looking to sell that information. What information?  That unfortunately depends big time on the specific breach.  It can be credentials (usernames, email addresses and passwords).  Or personal data (names, addresses, phone numbers).  Or banking info (bank account info, credit or debit card info).  Or shopping/buying habits.

Now, where does one sell stolen goods? The black market of course. Well, you’re not going to find the buyers through Google (or even Bing).

Enter the Dark Web.  That’s where all sorts of illegal activity take place, such as the buying and selling of stolen data. It’s much like when a thief breaks into your house. He steals a bunch of valuables and needs to find buyers so he can sell his stolen property and get what he’s really after – money. The Dark Web has buyers looking for all sorts of stolen information, just like people buying stolen goods in real life. Some want the jewelry, some want electronics. Some want your prize-winning collection of 1970’s cookie jars. The uses of this information is as wide open as your imagination. I’ll pause to let the dark ominous tone of this article really set in (think minor-key music happening in the background).

Now you know Simplex-IT doesn’t do the fear mongering thing (we don’t want to scare you into being our friend) but this is a serious topic that definitely deserves some awareness. You’ll hear more from us on the topic in the coming weeks, as well as an announcement on a new service we are offering to help you know if your data has been on the Dark Web. For more info, check out simplex-it.com/darkweb 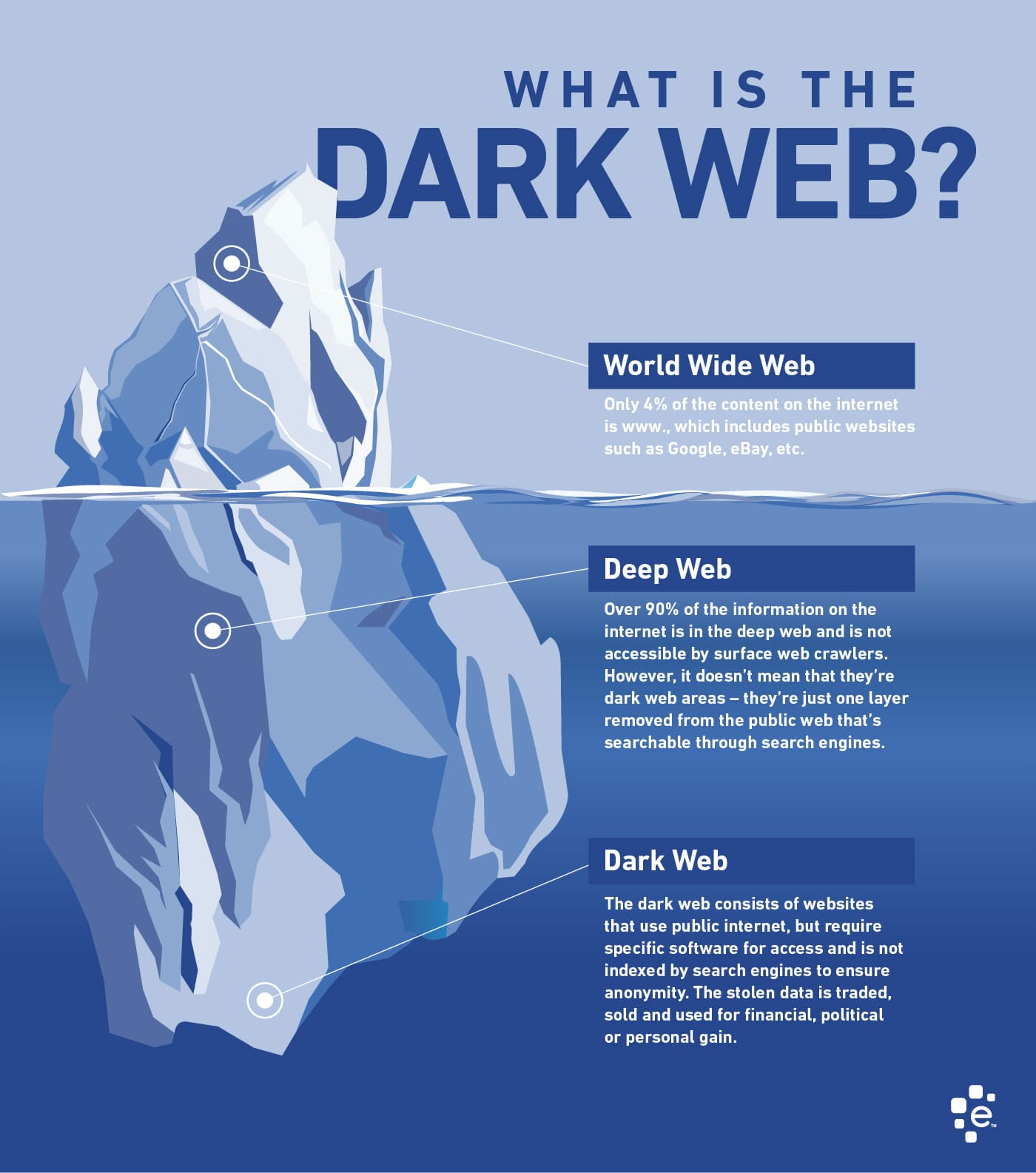